Will Germany save the euro? What is the prize? 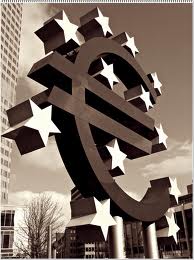 After a severe, wide, hard discussion in the public opinion, the German Parliament passed end of September a legislation to approve the enlargement of the Eurozone bailout fund (European Financial Stability Facility - EFSF) up to € 440 billion from 250 billion and to make it more flexible. All the 17 States of the euro-zone have to ratify the changes, but it is clear that, as largest contributor to the fund, the role of Germany is crucial for the solution of the crisis: Germany will contribute up to 211 billion (France 158, Italy 139, Spain 92, Netherland 44, still to be approved, Belgium 27, Greece and Austria 22, and so progressively reducing the contributions up to the 0, 7 billion requested to Malta).
The political argument for the German approval of the fund was clearly exposed in the past weeks by the German Chancellor: if euro fails, Europe fails. It cannot be doubted: if Greece enters state bankruptcy, the problem is not only the destiny of Greek payments (the Eurozone economy could easily accept reducing payments of the Greek debt at percentage of 60% or even 40%), but the fact that a Greek exit from euro could have dramatic consequences on the whole European building, because the common substantive disciplines in most areas of associate life could lose every political and economic meaning in a general domino effect.
If Greece exits euro, the same destiny could have Portugal and Ireland, may be Spain, and may be also Italy. France also could be attacked by international finance and could be at risk. Also excluding France, Italy and Spain amount hundred millions of inhabitants: one third of Eurozone, one fifth of Europe.
If Greece fails, the risks of an enchained failure of the euro and of Europe are too big: economists, pursuing ipothetical models, could ignore this danger. Politicians cannot. German politicians, who have historically a double responsibility, towards motherland and towards Europe, must dramatically take it in account.
But German politicians, also if they care about Europe, are finally responsible to the German Parliament and to the German people: the German newspapers, in the days of the approval of the enlargement of the fund, published the pictures of the MPs and their position pro or contra the approval. Europeans will appreciate the beau geste of Bundestag... (segue)