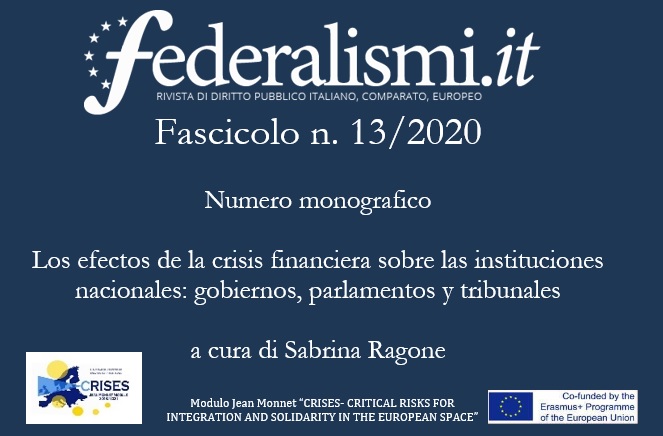 This paper introduces how the multiple crises of European integration, namely Brexit, the refugee crisis, the economic crisis and the crisis of the rule of law challenge several foundations of the EU: solidarity, mutual trust and the rule of law itself. Then, it focuses in particular on the centralization derived from the financial situation of the past ten years, with respect to the rising role of the executives among domestic institutions and from a territorial perspective. These ideas bring the author to assess to what extent the failure of the European model of integration obliges to rethink traditional categories through a multidisciplinary prism.

This paper analyses the current situation of the European Union in relation with Brexit and other disintegrating processes that are taking place in the context of globalization. The first momentum for these processes, prior to Brexit, comes from the European integration model itself that places national interests at the forefront... (segue)

Although it is the main victim of the economic global and European crisis, the principle of solidarity still represents an important criterion to assess the side-effects of the crisis on European constitutional democracies. Thus, a reflection on some of the possible responses to the challenges that this time poses to constitutional democracy... (segue)

This study presents an overview of the impact of the economic crisis on the public European and national sector, with the aim of re-emphasizing the constitutional inconsistencies of a decade of public action marked by a strictly economic logic. In order to support this thesis, the article brings about some examples of national... (segue)

This article assesses the role of the Spanish Constitutional Court throughout and after the financial crisis, with respect to the case law concerning social rights. The author deals with the issue of reversibility of the scope of protection, also through the prism of the constitutional obligation to interpret rights in light of international treaties... (segue)

The political and social consequences of the economic and financial crisis are still very visible, especially in the growing social and territorial inequality and the palpable corrosion of democratic institutions. This paper studies the consequences of the measures taken by national governments at the European and domestic... (segue)